The BICOM research team has produced a new Strategic Assessment analysing Hezbollah’s hold on Lebanon and its implications on a future war with Israel.

Buoyed by an influx of weaponry manufactured in Iran and Russia, Hezbollah now possess an estimated 130,000 missiles and is capable of firing 1,000 a day into Israel, overwhelming Israel’s most advanced missile defences. 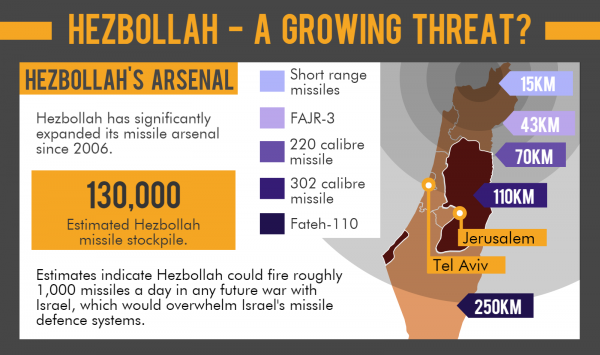 Israeli security experts are now concerned about the growing closeness of the terror group and the Lebanese state, including the army. In the event of a war Israel now says it would not differentiate between the Lebanese government and Hezbollah as it has done previously.

The paper also outlines the challenges for the UK and the international community posed by Hezbollah’s growing strength in Lebanon, with the UN Security Council set to hold consultations about alleged violations of the resolution by both Hezbollah and Israel later today (Thursday 20 July). 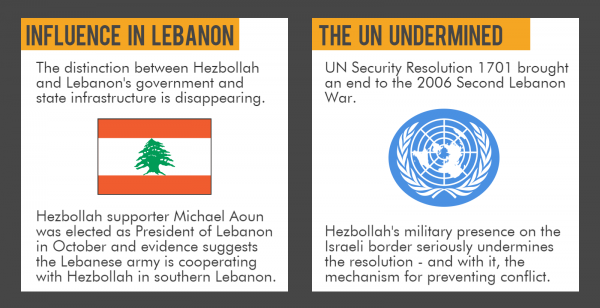 The full paper is available as a PDF below. 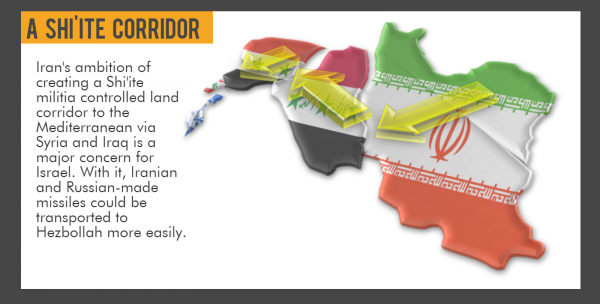