Russia is taking advantage of regional chaos and US retrenchment to extend its influence throughout the Middle East. Moscow sees an opportunity to undermine US and Western global power whilst extending its military and naval footprint, cultivating markets for arms and nuclear power, and controlling energy routes and sources.

Amid this growing Russian footprint, the BICOM research team has produced a strategic assessment of Russian foreign policy in the Middle East.

Russia is offering arms and strategic cooperation to potential clients across the region. The most significant intervention has of course been in Syria, where with a carefully calculated deployment involving little more than 50 Russian planes, Moscow has turned the war in Assad’s favour.

Whilst UK policy makers have focussed on the devastating humanitarian consequences and the question of Russia’s role in confronting ISIS, the broader strategic implications require greater attention.

Russia plans a long-term Middle East military presence, securing a 49-year lease on Syria’s Hmeimim airbase, in addition to the naval facility at Tartus. The primary regional beneficiary is Iran, which has provided ground forces to support Assad, complimenting Russia’s air power, and which is advancing its own plans for regional hegemony. Russia and Iran share a common agenda to undermine US power, and Russia is offering Iran arms, nuclear energy and investment in the energy sector. 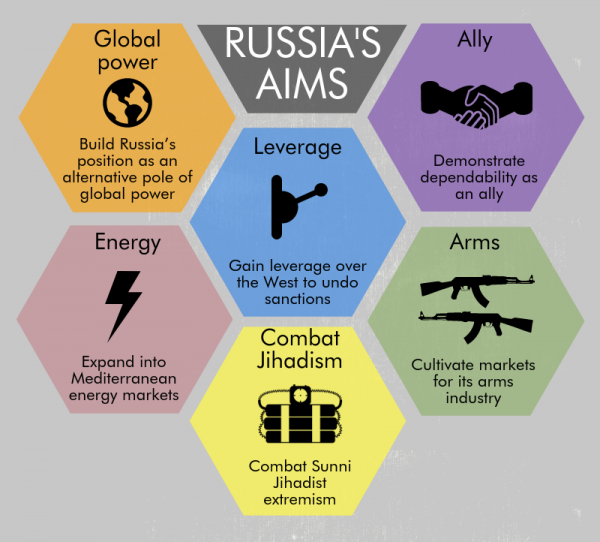 Israeli policy makers are particularly concerned about Iran’s attempts to extend a zone of control through Iraq and Syria to South Lebanon, where Iran’s proxy Hezbollah already has more than 100,000 rockets pointed at Israel.

Iran’s attempts to entrench its position in Syria is creating a new, unchartered and highly combustible strategic situation across Israel’s borders with Lebanon and Syria, increasing the risk of miscalculation leading to a devastating conflict between Israel and Hezbollah.

Netanyahu has developed a close working relationship with Putin, and Russia has generally turned a blind eye when Israel has bombed Iranian and Hezbollah arms convoys and other targets in Syria. But Putin did not agree to Israeli demands to keep Iran 60-80 kilometres from its border, and it is a delicate game for Israel to determine how far they can go to act against Iran in Syria, whilst avoiding a confrontation with Russia. 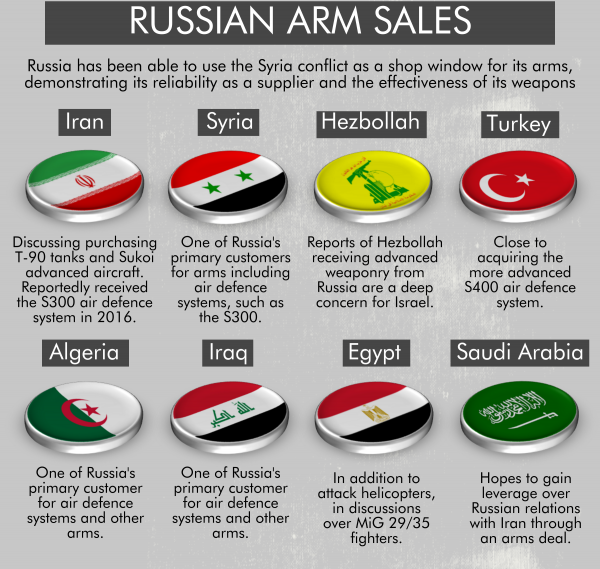 Britain’s traditional Sunni Arab partners are also deeply concerned about the expansion of Iran’s regional footprint and the threat posed by Tehran to their stability.

The UK and other Western powers should focus on the threat of Russian policy empowering Iran to fill the void left by ISIS. They should explore whether Putin can be persuaded that Iran’s long-term presence will undermine Russia’s interests by introducing a new source of conflict, or whether a more assertive Western military backing for Syrian rebels can help contain Russian and Iranian ambitions.

The full strategic assessment is available as a PDF below.