“Some people have reacted by saying the sky is going to fall. I’ve been in the foreign policy-making business for a long time. Ambassadors provide input, they are not decision makers… In theory he [Trump] could say that he is not changing the status quo, but moving the embassy to where the seat of government is, not preempting the ultimate status of Jerusalem.”

(William Davidson Distinguished Fellow at The Washington Institute Amb. Dennis Ross speaking to the Jerusalem Post about the impact of Trump’s choice for US Ambassador to Israel and decision to move the US Embassy to Jerusalem, 20/12/16) 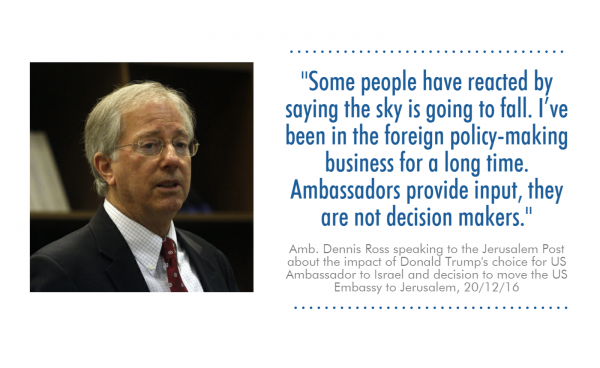 “His military successes may motivate Assad to take steps – which will require Iranian and Russian backing – to reoccupy the border area with Israel on the Golan Heights… Russian air strikes near the border could lead to unplanned encounters with the Israel Air Force and its air defence systems.” 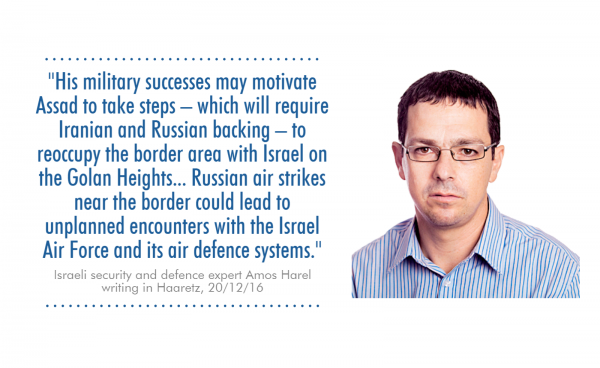 “Decades of political manoeuverings have created a disproportionate volume of resolutions, reports and conferences criticising Israel. In many cases, rather than helping the Palestinian cause, this reality has hampered the ability of the UN to fulfil its role effectively….we must not give up on the right of Palestine to exist, just as we must protect the right of Israel to exist in peace and security with its neighbours.” 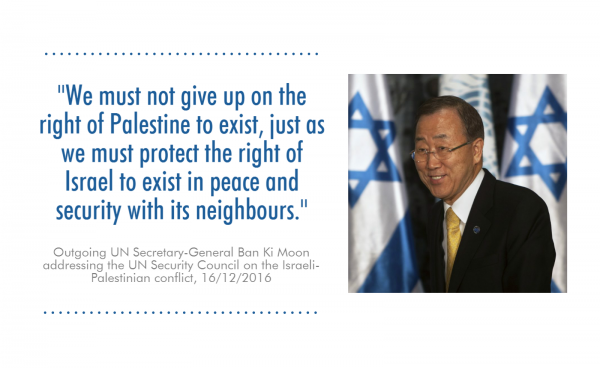 “Not only is it heartbreaking to see the magnitude of the devastation [in Aleppo], the mass killings and the unbridled destruction, but now it is clear that Bashar Assad is going to remain in his palace for a long time to come — [which] will mean that Iran and Hezbollah have free rein across the length and breadth of that devastated country, and we should anticipate that they will try to reestablish their positions along the Golan border.”

(Israeli political commentator Ehud Yaari speaking on the threat of the Shi’a axis to Israel, 14/12/2016) 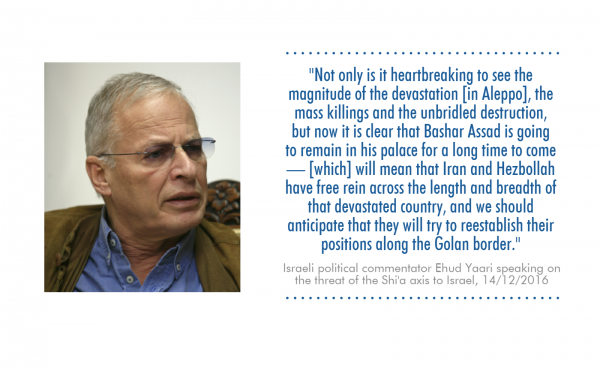 “What must be avoided is a sense that Iran is the victor, the beneficiary of Assad’s weakness and Russian firepower. Stiff sanctions must be enforced against anyone linked to the Iranian Revolutionary Guards. They must block Iran’s access to American markets and restrict its ability to fund subversion abroad.” 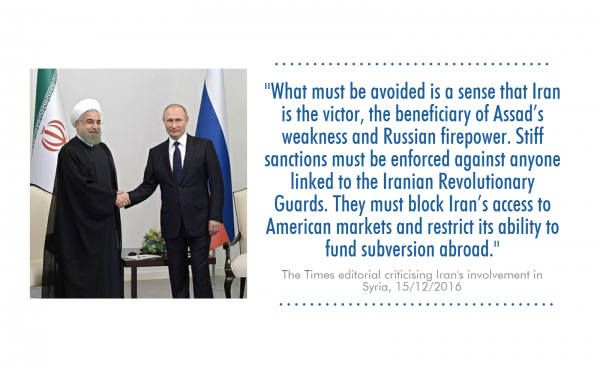 “I think a question [Rex] Tillerson will be asked at the [Senate] hearings beyond the focus on Russia is how [can] someone whose business background made him a sceptic on economic sanctions [against Iran] now be the one who will have to enforce them and even advocate for more in certain instances?”

(David Makovsky, the Ziegler distinguished fellow at the Washington Institute for Near East Policy, speaking on President-elect Donald Trump’s pick for secretary of state, Rex Tillerson, 13/12/2016) 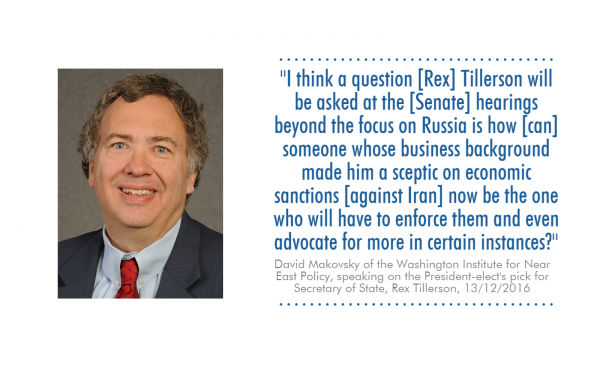