What happened: Israeli MKs yesterday voted for a new government by the slimmest majority of 60 votes to 59. Yamina leader Naftali Bennett is the new prime minister replacing Benjamin Netanyahu, who had been in the role since 2009.

Context: The new government is Israel’s most ideologically diverse and pluralistic; it will include eight parties: two centrist, three right-wing, two left-wing, and one Islamic.

Looking ahead: This afternoon Prime Minister Bennett will enter the prime minister’s office and hold a meeting to transfer power from Netanyahu. However, unlike in the past there will be no ceremony. 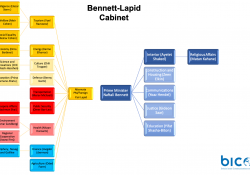 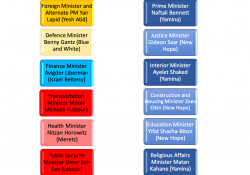