Context: Zoabi’s resignation gives the opposition a majority of 61 to 59 MKs. It leaves the government exposed to a vote to disperse the Knesset, which if all 61 were to support, results in a new general election.

Looking ahead: Foreign Minister Lapid is due to meet Zoabi on Sunday in an effort to change her mind. 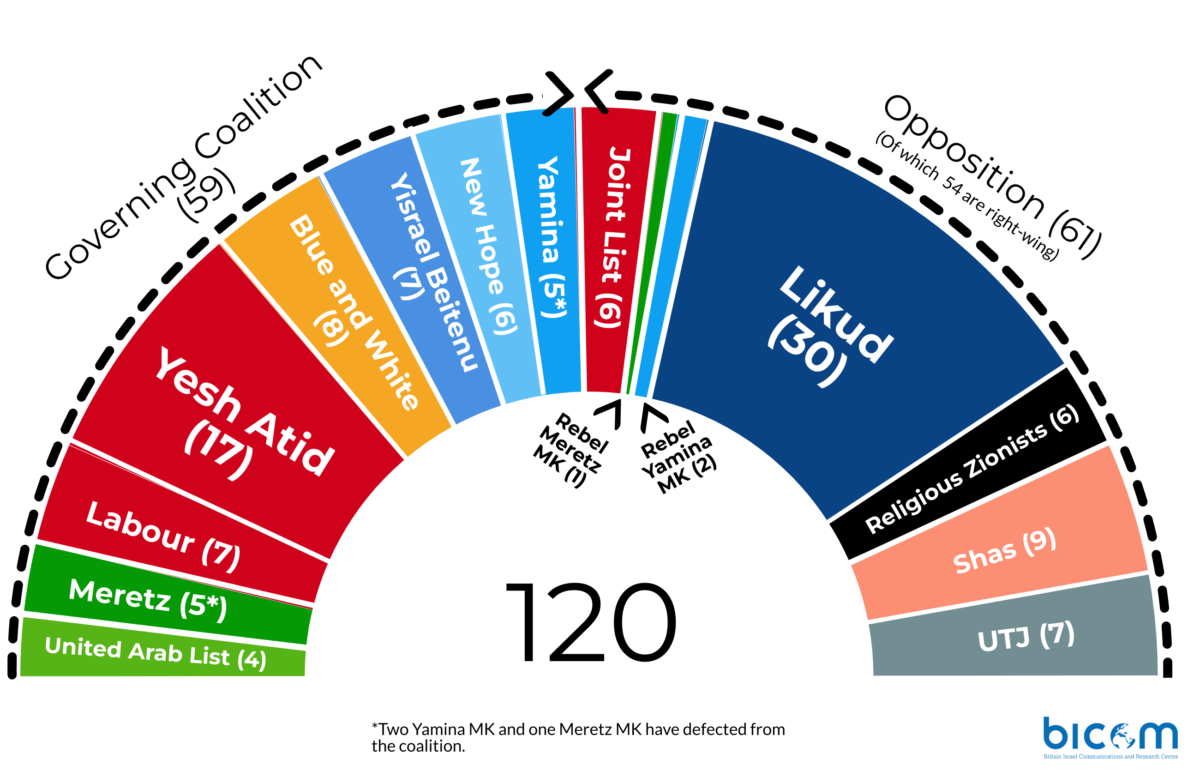