Over the past two months, BICOM and Fathom have produced a variety of material that helps to explain the implications and possible consequences of Israel extending its sovereignty to areas in the West Bank.

What does applying sovereignty mean?

The BICOM research team has produced a Q&A primer on the Israeli context and significance of applying sovereignty in the West Bank. The primer explains why the issue has emerged now, the legal status of the West Bank and the effects of extending Israeli law to Israelis living there, as well as the risks and opportunities of such such a move. It can be read here.

In Fathom, Senior Research Fellow Calev Ben-Dor has written a comprehensive review of the Israeli debate about, and likely international reactions to a partial annexation of the West Bank. He maps the reasons for the rise in influence of the Sovereignty Movement, and the idea of annexation: the erosion of the classic ‘land for peace’ paradigm, the publication of the Trump Plan, the Israeli public consensus that there is no Palestinian partner and that the Jordan Valley must be Israel’s security border, and, for many, Prime Minister Netanyahu’s identification of the issue as a vote winner and the consequent erosion of the demarcation line between the long-term national interest and short-term domestic political interests. It can be read here.

Also in Fathom, former head of the research division in the Israel Defense Forces Military Intelligence unity Yossi Kuperwasser responds in an open letter to UK Prime Minister Boris Johnson’s op-ed in the Israeli press on 1 July, titled ‘As Israel’s friend, I urge you not to annex’. In this open letter, Kuperwasser sets out the arguments for why Israel should apply its sovereignty in the Jordan Valley and settlements in the West Bank, and calls for Prime Minister Johnson to “lead the Israeli-Palestinian relations to a new and better future”. It can be read here.

The legality of applying Israeli sovereignty

In BICOM’s weekly podcast, Richard Pater spoke with Pnina Sharvit Baruch, a senior research associate at INSS and retired IDF colonel, about legal questions regarding Israel’s annexation of the West Bank. You can listen to the episode here.

The Palestinian view of extending sovereignty

Also in BICOM’s weekly podcast, Ronie Gazit and Ghaith al-Omari, a senior fellow in The Washington Institute and former advisor to the Palestinian negotiating team during the 1999–2001 permanent-status talks, discuss the possible Palestinian reactions to proposed Israeli moves of applying its law in areas of the West Bank. You can listen to the episode here. Ambassador Dore Gold argues the Israeli case for applying sovereignty to areas of the West Bank. 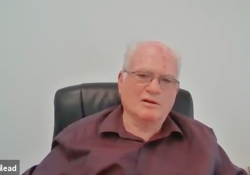 Maj.-Gen. (res.) Amos Gilead argues the Israeli case for not applying sovereignty to areas of the West Bank, as well as Israel’s other security threats in the region.