Between the years 1949 and 1967, the Kingdom of Jordan ruled the highlands of the West Bank. Israel’s ‘waistline’ in the Sharon region was extremely narrow, totaling a mere 15 kilometres (9 miles) in the area of Tulkarm and Netanya. These were ceasefire lines rather than permanent borders, and were considered to be indefensible, especially in light of the area’s topography, which left Israel in the plains while the Arab armies controlled the dominating high ground. The Israeli foreign minister at that time, Abba Eban, used to describe these lines as ‘Auschwitz boundaries’, in order to illustrate the dangers inherent in their continued use. 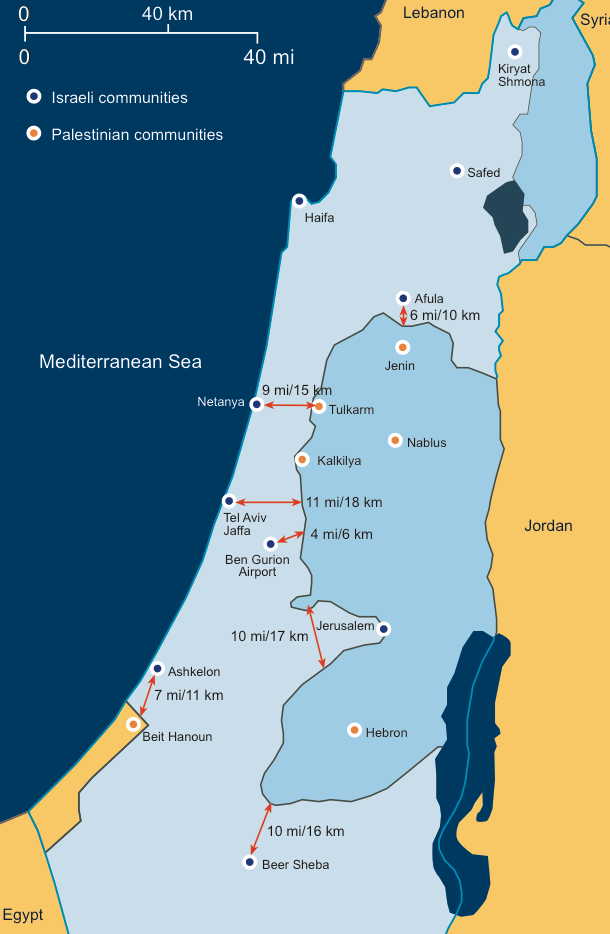