The number of British people who do not support economic boycotts of Israel has soared over the last year, according to exclusive new polling.

A new Populus poll has revealed that 51 per cent of people “do not boycott Israeli goods, and find it difficult to see why others would single out Israel given everything else that is going on in the world”.  This is up eight per cent compared to last year’s survey. 56 per cent of people agree that a boycott hurts both Palestinians and Israelis and this has increased by nine per cent since October 2015. 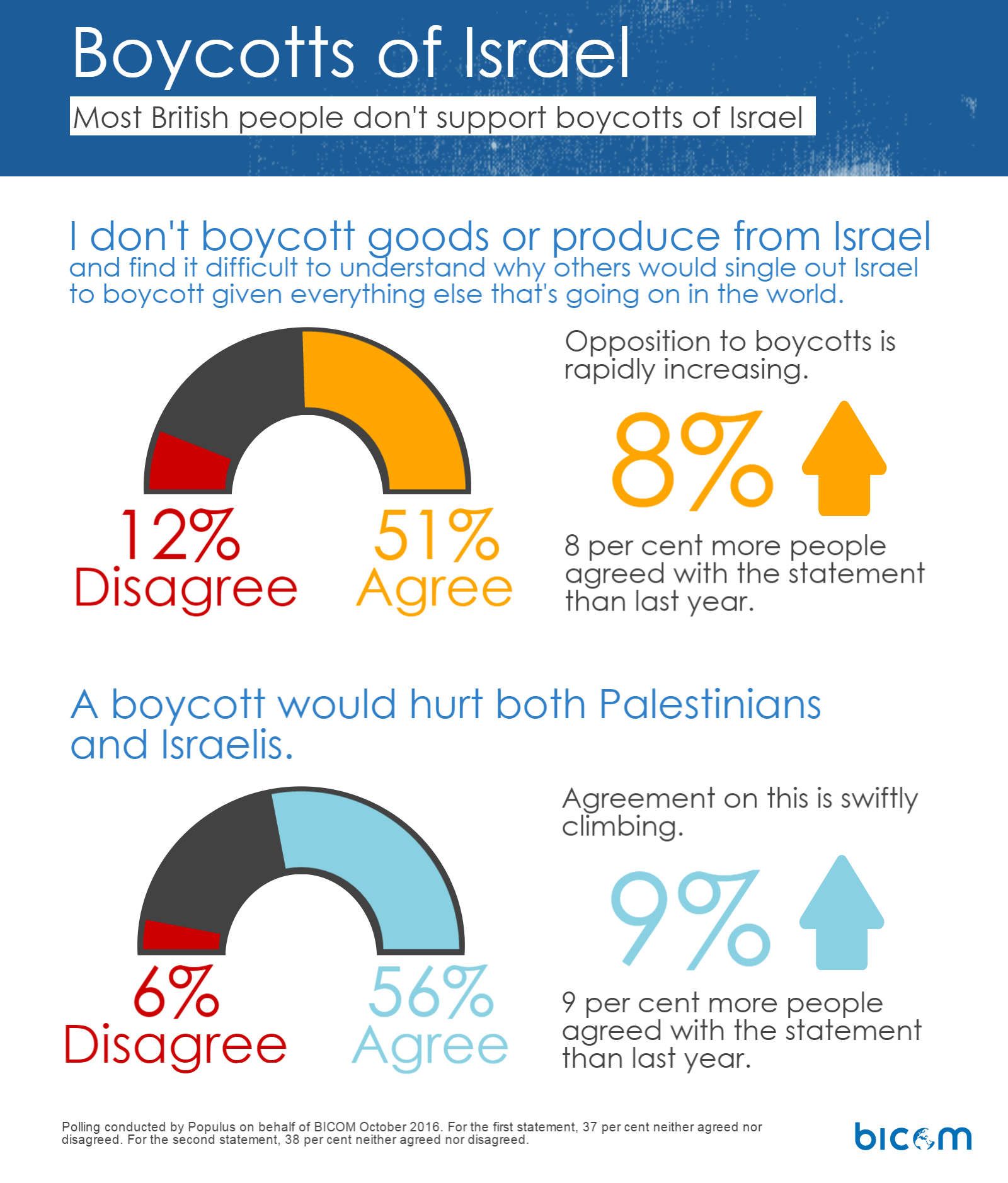 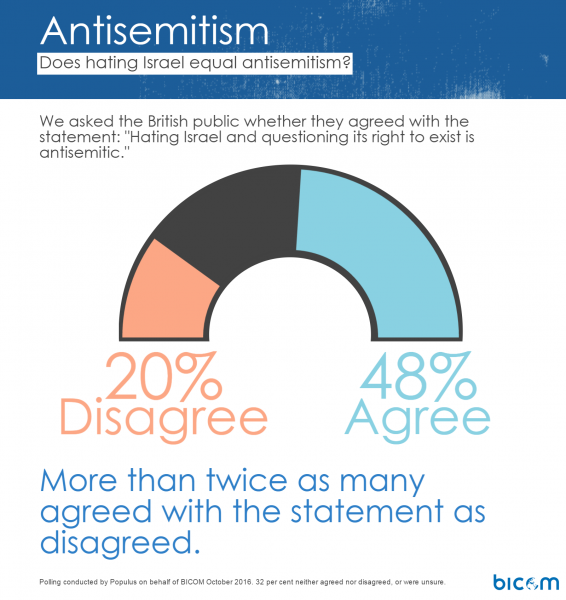 There has been an increase in the number of people agreeing with the British policy in 1917 to support the creation of a Jewish homeland, as expressed in the Balfour Declaration. The finding is especially revealing given that the document approaches its centenary in 2017. 43 per cent say they agree with the policy, up from 40 per cent the year before. 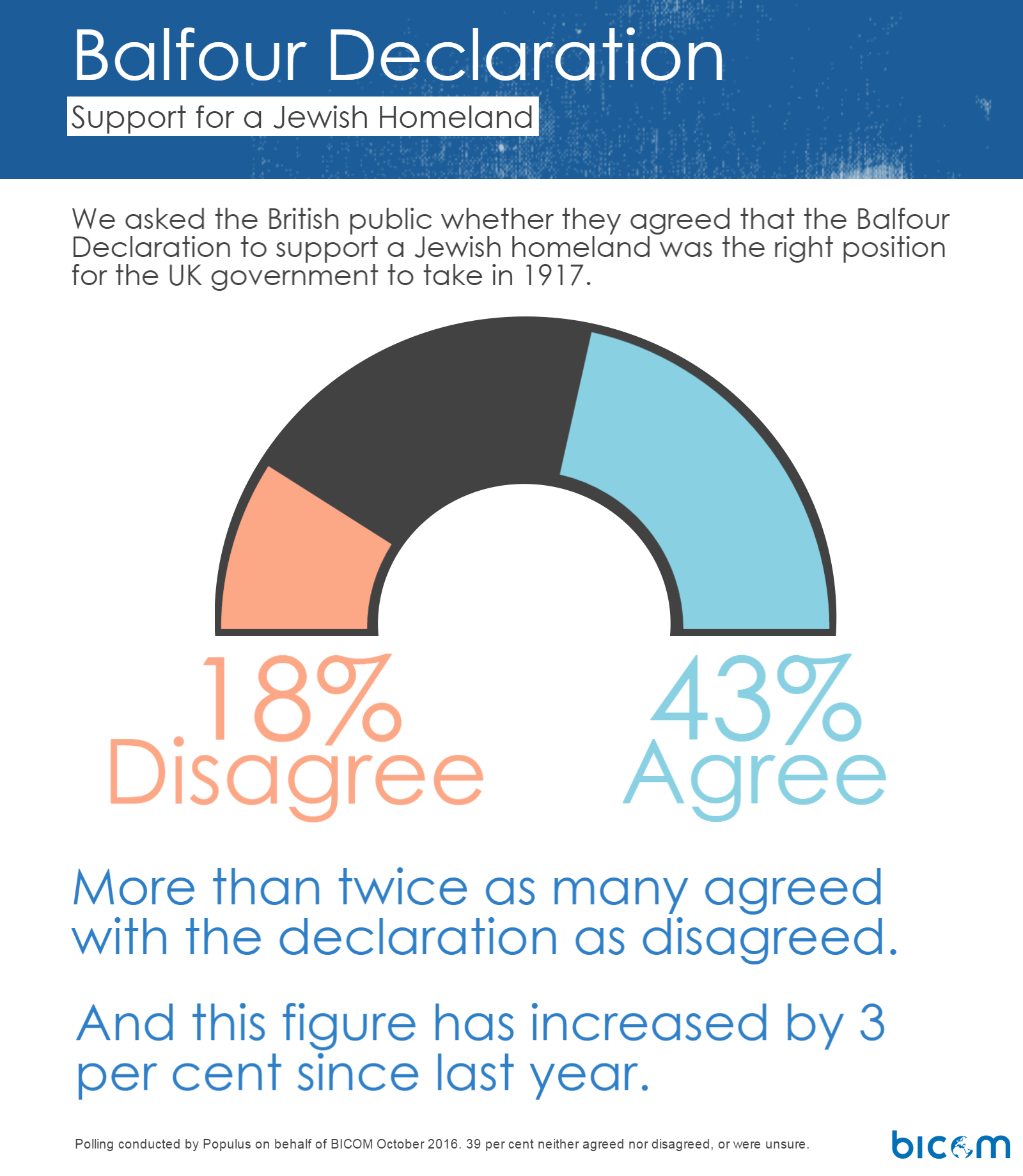 Israel is still considered to be Britain’s strongest ally in the Middle East. 57 per cent of Britons regard Israel as an ally of Britain in the Middle East, up from 52 per cent from October 2015 and the highest figure for countries in the region. 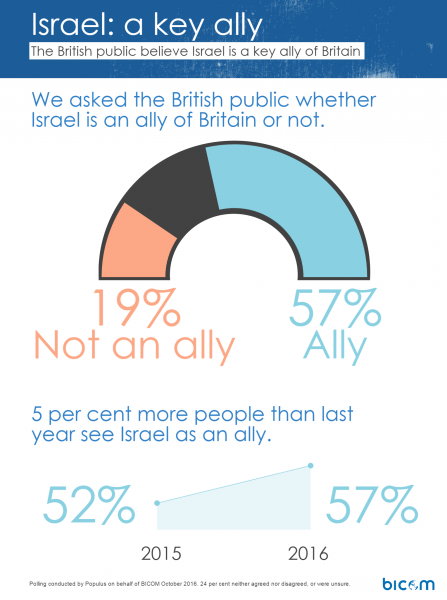 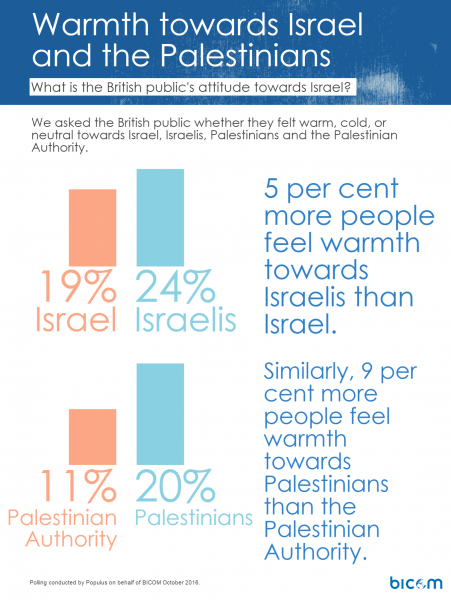 “Our poll show a very significant shift against the idea of boycotting Israel. The majority opposing it has increased by as much as eight per cent over the past year. The British sense of fair play is a clear theme in the poll as time and again respondents reject singling out Israel, given everything else going on in the world.

“In a year where we have seen several public figures attempt to explain their hatred of Israel as a political position, the judgement of the British people is stark. They clearly understand that hating Israel and questioning its right to exist is antisemitism, pure and simple.

“Israel is rightly seen as a strong ally of Britain, and Brits agree with the part we played declaring our support for a Jewish homeland in the aftermath of the First World War almost 100 years ago.” 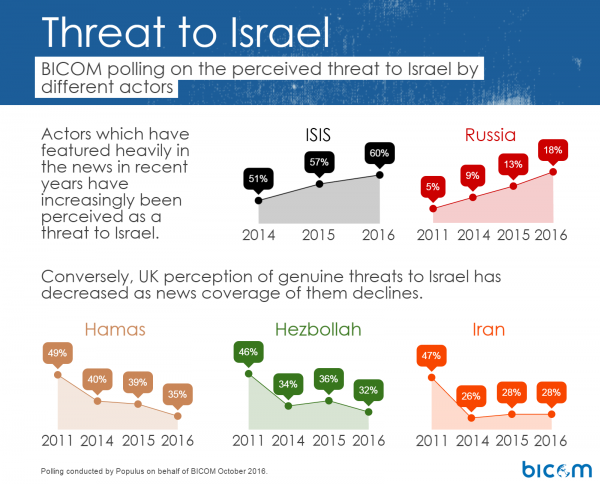